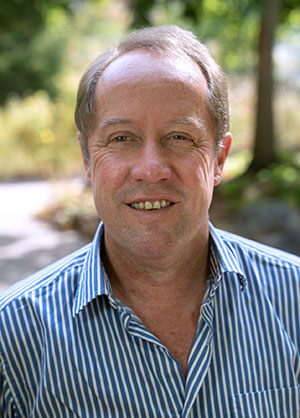 Professor Hugh Possingham has had a long and distinguished career developing mathematical and economic tools for solving nature conservation problems such as where to place protected areas and which the most efficient actions for saving threatened species.

His scientific career started at the University of Adelaide where he completed his Bachelor’s degree with Honours in Applied Mathematics in 1984, which was followed in 1987 by a doctorate in Ecological Modelling as a Rhodes Scholar at Oxford University.
Aged 32 he became the inaugural Chair and Professor of Environmental Science and Management at The University of Adelaide. He joined the University of Queensland in 2000 as Chair in the Department of Mathematics and Biological Sciences where he has led several research centres and held Australian Research Council Professorial, Laureate and Federation Fellowships.

He was Director of the Australian Research Council Centre of Excellence for Environmental Decisions, as well as the Australian Government’s Threatened Species Recovery Hub.
In 2016 he became the Chief Scientist at The Nature Conservancy, a global conservation organisation with 400 scientists and 4000 staff, that has protected more than 40 million hectares of land and thousands of kilometres of rivers worldwide.

His combination of expertise in mathematics and ecology has enabled Professor Possingham to undertake conservation initiatives that integrate spatial planning and economic factors.