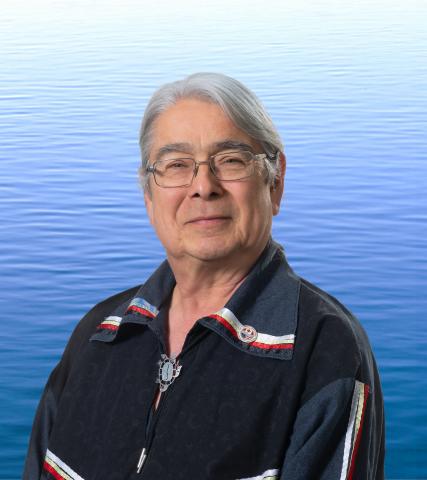 Henry Lickers, a Haudenosaunee citizen of the Seneca Nation, Turtle Clan.  He has been Director of the Mohawk Council for 32 years and is now the Environmental Science Officer, for the past six years.  Throughout his career, Mr. Lickers has been instrumental in incorporating First Nation’s people and knowledge into environmental planning and decision making.

Prior to his appointment as IJC Commissioner, Mr. Lickers was a member of the IJC’s current Great Lakes Science Advisory Board (SAB) since 2014. Mr. Lickers also served as a SAB member from 1987-91 and 1997-2000.   He has been principle investigator on the EAGLE (Effect on Aboriginal in the Great Lakes Environment) Project and the Naturalized Knowledge Systems Project and the First Nations’ Community Health Indicators Project. Henry has been Director Ontario Professional Foresters Association, Scientific Co-Chair of The Haudenosaunee Environmental Taskforce, Vice President of the Board of Directors, St. Lawrence River Institute of Environmental Sciences and a member of the Board of Directors for the Eastern Ontario Model Forest.

The recipient of a number of awards recognizing his lifelong service to the St. Lawrence River, and service to many environmental and government organizations over his career, Mr. Lickers was given an Honorary Doctor of Science Degree from the State University of New York Syracuse.

He holds a Bachelor of Science (Biology and Geography) and undertook graduate studies at the University of Waikato in New Zealand, and was a Trent University Ph D. Elder Council member. He resides in Akwesasne, Ontario.