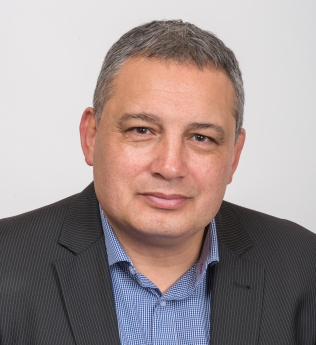 Posted at 13:39h in by DeeperLook.Support 0 Comments

Mr. Gerrard Albert is of Nga Paerangi and Ngati Tuera, hapu (sub-tribes) of the Whanganui River. Between 2008 and 2016, Gerrard led the technical aspects of the negotiations between his Iwi (tribe), Te Ati Haunui a Paparangi, and the New Zealand Government in settlement of the longstanding Iwi claim over the Whanganui River. A graduate of his Iwi whare wananga (tribal houses of knowledge) Gerrard has been guided by knowledgeable and influential Iwi leaders his whole life who consistently reinforced the maxim “Ko te Awa te tuatahi; tuarua ko te te Awa” (“The River is my first point of reference; the River is my second point”).

Gerrard has spent over 25 years working in the environmental planning field with local and central government and with his Iwi. He is currently Chair of Nga Tangata Tiaki o Whanganui Trust, the Iwi trust which is responsible for implementation of the Te Awa Tupua settlement signed in 2014. This settlement culminated in the passing of legislation in March 2017 and established the Whanganui River as a legal person.

Fought over, debated and litigated for more than a century and a half, the Whanganui River’s post- colonial story represents a litany of missed opportunities by national and local law makers to respect the Te Ati Haunui a Paparangi primary relationship with the River as a living, integrated and indivisible whole.

Having been forced historically to prove their association through narrow compartmentalized and imported legal and philosophical constructs, in 2008 Te Ati Haunui a Paparangi unselfishly decided to utilize their Treaty of Waitangi settlement to share the tribe’s innate relationship with the River with all communities. An innovative framework which returns governance of the Whanganui River to the Whanganui River itself via a first principle proposition called Tupua Te Kawa (the innate values of the River) was legislated in March 2017 and the Whanganui River became a legal person known as Te Awa Tupua (the ‘Whole’ River).

The River can now speak for itself and promote, advocate and defend its health and well being. 2017 is the first year of the first decade of the first century of implementation – where might this approach lead us, and what inspiration can it bring to other river communities globally?