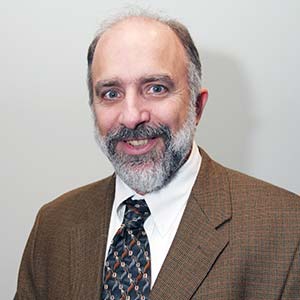 Posted at 08:36h in by DeeperLook.Support 0 Comments

Professor Bill Dennison is Vice President for Science Application at the University of Maryland Center for Environmental Science (UMCES). Bill created the Integration and Application Network (IAN), a collection of scientists interested in solving, not just studying environmental problems. Prior to joining UMCES in 2002, he was involved for ten years with the Healthy Waterways program in Queensland, Australia. Bill was trained as a marine ecologist (M.S. University of Alaska; PhD University of Chicago), but began developing transdisciplinary science skills as a postdoctoral fellow (Stony Brook University and as a faculty at the University of Queensland).

Developing an Environmental Report Card for Western Lake Erie: The Most Polluted and Contentious Portion of the Iconic North American Great Lakes
The iconic North American Great Lakes form the largest interconnected freshwater system on the planet. The Great Lakes are an important transportation corridor, and they are a source of drinking water to millions of people. Over 11 million people get their drinking water from Lake Erie, for example. But harmful algal blooms have created drinking water crises, including interrupting the freshwater supply to a major city (Toledo, Ohio) in western Lake Erie. The Maumee River flows into western Lake Erie and is the largest watershed of the Great Lakes system. This watershed is dominated by agriculture, and since the draining of the Great Black Swamp, land-based nutrient retention has been reduced. With the danger of drinking water contamination, the nutrient input from the Maumee River has been vigorously debated. In order to assess and communicate the environmental issues in the Maumee watershed and western Lake Erie, an environmental report card process has been initiated.

Environmental report cards have been developed for a wide range of habitats revealing many common themes related to the specificity of the indicators, our ability to scale the indicators to meaningful thresholds, and update the grades at temporal frequency matching the frequency of decision making. Through an intense stakeholder engagement process, we are creating an environmental report card that synthesizes data on the spatial configuration of stressors, ecological condition, and management responses for the western Lake Erie Basin. A key component of this report card process is an attempt to link sources of nutrients on land to water quality in the Lake. This quantitative analysis is paired with graphically sophisticated communication elements, aimed at helping the community identify and address the most egregious threats to the basin.

Environmental Intelligence is a system through which information about a particular region or process is collected for the benefit of improving ecosystem health. Traditionally, researchers collect data, develop models, and communicate results through well-established channels that are often ineffective at communicating results in a way that enables decision making and investment for ecosystem health.