Understanding the barriers that prohibit the integrations of TWCM principles in the water strategies of urban utilities
Pritha Bhattacharya
University of Queensland, Australia

Speciation of Lead and Cadmium in the Water of Various Rivers in Masara, Maco, Compostela Valley
Carmelita Martinez and Ludivina Porticos
University of Southeastern Philippines

Identification and management of sewage effluent discharges to keep our rivers healthy: Comparative investigations in India and South Australia

Large stretches of the River Ganga have become significantly polluted due to inputs of wastewater from a range of domestic and industrial sources. The discharge of partially or untreated wastewater from these drains is one of the major contributors causing the deterioration of the water quality. Contaminants in the wastewater in the drains can include faecal material and common domestic chemicals, as well as a wide range of organic and inorganic chemicals from the wide variety of industries located within the Ganga Basin. The identification of micropollutants such as endocrine disrupting chemicals (EDCs) and pharmaceuticals and personal care products (PPCPs) released into freshwater ecosystems via wastewater has subsequently become an emerging community, scientific and regulatory concern for water resource management. Australia-India Strategic Fund (AISRF) project has been initiated to employ a risk-based approach combining both biological and chemical assessment to identify and determine the impact of selected micropollutants discharged via sewage effluent into Indian and Australian rivers. We sampled wastewater effluent and surface water from eleven sites representing drains and the Ganga River in Allahabad and Varanasi and ten (sewage treatment plants) STPs in South Australia. A panel of in vitro receptor-driven transactivation assays and chemical analyses showed significantly greater endocrine potential of the river water samples at Varanasi and Allahabad than in comparison to the South Australian STPs and their receiving environment. The contrasting population density in urbanised areas, climatic and other physico-chemical conditions in the two countries can be compared to gain unique insights into the reasons behind differences in the distribution and impacts of mixtures of micropollutants between the two countries. Such information will progress the development of environmental quality standards that could be incorporated into policies and programmes such as the Ganga Rejuvenation. 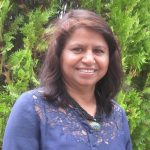 Anu Kumar leads the Contaminant Biogeochemistry and Environmental Toxicology Group in the Land and Water Flagship. She is an aquatic Ecotoxicologist with over 20 years experience in assessing impact of organic and inorganic contaminants in effluents, receiving water and sediments in freshwater ecosystems. Anu has contributed significantly in developing pollution identification protocols for inland waterways. She has strong interest in applying scientific knowledge to support sustainable aquaculture and strengthen chemical risk assessment in the contexts of climate change, food security & water quality protection.

Speciation of Lead and Cadmium in the Water of Various Rivers in Masara, Maco, Compostela Valley

Compostela Valley is abundant with gold, silver and copper-porphyry mineral deposits. Mining these deposits caused the leaching of associated heavy metals such as lead and cadmium to the natural bodies of water. Compostela Valley is presently populated by small scale miners and large scale mining company mining for gold and silver. Monitoring conducted by the Environmental Management Bureau revealed an elevated concentration of total lead (Pb) in the river waters higher than the Philippine guideline value of 0.05 mg/L. The common assumption that a metal contaminant in an environmental medium is 100 percent bioavailable hence toxic may result to overestimating ecological risk. As cited by WHO (2006), the toxicity of heavy metals depends on its bio-accessibility and bio-availability to organisms and the forms that are not bio-accessible and bioavailable are not health hazard. Heavy metal speciation in the water of various rivers and creeks traversing Masara, Compostela Valley was conducted in order to assess the toxicity and health hazard of lead and cadmium in the rivers of the study area. The sampling was done in January and March 2015. The levels of the different forms of the selected heavy metals were determined using atomic absorption spectrometry and anodic stripping voltammetry. The mean total lead concentrations during the wet and dry sampling seasons were 0.625 mg/L and 0.0831 mg/L respectively. The total cadmium levels were 0.012 mg/L (wet season) and 0.0086 mg/L (dry season). Although the total concentrations of the selected heavy metals exceeded the Philippine standard set in DAO 34, analyses of the ASV-labile or the toxic fractions revealed values lower than the guideline of 0.05 mg/L for lead and 0.01 mg/L for cadmium. The mean toxic fractions of both metals indicate that the levels of lead and cadmium in the river water are not potential health threat.

Full time faculty member with a degree of Doctor of Philosophy major in Development Research and Administration. Conducted researches in the fields of environment and implemented extension projects in partnership with local government units and private sectors. Develop teaching materials for Environmental Impact Assessment, Economic Valuation of Natural Resources and laboratory manual for General Chemistry 1. Serve as resource person to environmental related trainings in the region. Provide assistance to the local government units in formulating comprehensive development plan and to various industries in developing environmental management plan.

Although it is customarily assumed that the intake of nutrient is conspicuously covered by food, drinking water itself contains various fractions of essential elements for human health. Minerals contributed by drinking water can play a vital role in improving the average intakes of mineral nutrients. Drinking water can be a reasonable source of nutrition minerals and can play a crucial part in developing countries with marginal intakes of these minerals from foods for minimizing malnutrition issues.

This assessment compares the intake of calcium (Ca) copper (Cu), iron (Fe), magnesium (Mg), manganese (Mn), molybdenum (Mo), phosphorous (P), potassium (K), selenium (Se), sodium (Na) and zinc (Zn) from household drinking water of Bangladesh, to the recommended dietary allowance or adequate intake values established by the Institute of Medicine. The results are reflected on the population according to spatial distribution in order to identify the beneficiaries. Finally, the share of drinking water in intake of these elements is illustrated according to spatial patterns by maps.

When normalized over the population distribution of Bangladesh, it has been found that drinking water, which is dominated by groundwater source, contributes largely in the intake of iron, manganese and sodium, often exceeding 25% of their dietary requirements. On the contrary, nutrient elements such as phosphorus, potassium, zinc have very marginal contribution to the dietary intake. Iron and manganese concentrations in Bangladesh groundwater have been often found to exceed both Bangladesh Standard and WHO guideline values and consequently the 25th percentile DRI fulfilment values for these elements have been found to exceed the 100% limit. Also from a toxicological perspective, the consumption of manganese from water often exceeded the dietary upper intake level limit recommendation for manganese. 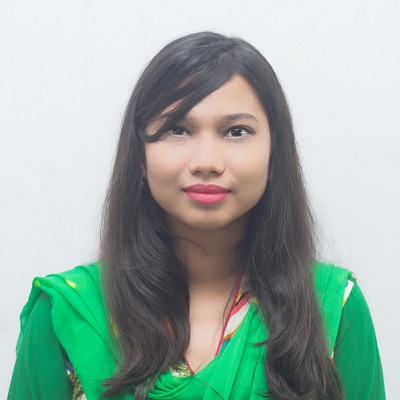 Nashid Mirza, has recently graduated from civil department of Bangladesh University of Engineering & Technology (BUET) . Her major was environment. Her main fields of interests are sustainable environmental development and environmental protection. At present, she is serving as executive supply chain in M.M. Ispahani Limited, one of the most respected business concerns in the entire subcontinent. Prior to studying in BUET, she completed her SSC and HSC from Ideal School and College. Nashid also worked as the campus ambassador of “Teach for Bangladesh” which is a nationwide movement of exceptional individuals, expanding educational opportunity for all children. Besides that, she is the bronze award holder of Duke of Edinburg’s award and also a graduate of Bangladesh Youth Leadership Center (BYLC).

The Brantas Watershed located in East Java Indonesia, with total catchment area 11,800 km2 and main river length is approximately 320 km. Significant water quality degradation occurs in Surabaya River, the lower part of Brantas River due to untreated waste water discharge into Surabaya River by some industries in Mojokerto, Gresik and Surabaya City. The industrial waste water cause shock loading that often causes fish killed incident during dry season. Domestic wastewater also conributes to water pollution in Surabaya river. There are 3.000 houses built on the river bank and open defecation in the river is still implemented by people who lived on the riverbank. According to ECOTON estimation, there are 5 tons of human feces that being discharged everyday into Surabaya River. More than 4 million people depend on the river as clean water source by state owned water company (PDAM). About 96% of raw water of PDAM Surabaya is taken from Surabaya River. Some section of Surabaya River upstream is still in natural condition that need to be protected to preserve native fish population, include a protected fish species, the bronze featherback (Notopterus notopterus). ECOTON proposed to Governor of East Java Province to set up a river conservation area in upstream section of Surabaya River and Governor agree to establish Fishery Sanctuary Area in Surabaya River. Multi-stakeholder coordination platform is created in 2013 to set-up collaborative management plan and coordination in implementation and evaluation of the program planning. The members of Fishery Sanctuary Management Team conduct regular meeting every 3 months facilitated by Secretariate of East Java Provincial Government. Industrial pollution control and monitoring, annual fish survey, habitat restoration and native fish restocking become main program in the Fishery Sanctuary Management Team. 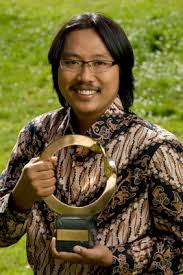 Prigi Arisandi was born in Gresik Indonesia on 24th January 1976. He hold Bachelor Degree and Master Degree in Biology. He received Goldman Environmental Prize in 2011 for improving water quality of Surabaya River from industrial pollution. Arisandi has been work as environmental activist since year 2000 with his colleagues in ECOTON, their program include research, education and advocacy to achieve sustainable water resource management and to improve access to information, access to participation, and access to justice in every stage of development process in Indonesia. His interests in biodiversity research and conservation, building multi-stakeholder partnership, conflict resolution, litigation, social entrepreneurship, ecotourism and traditional culture.

Urban water strategies are currently constructed on the principles of Total Water Cycle Management etc. Adapting these principles help in attaining a balanced approach of achieving social, economic an environmental objectives of the organizations and also of the stakeholders (Brown et. al. 2009). These principles promote the management of water in an integrated manner with participation of all stakeholders for decision making. However, the real world application of these principles requires mutual participations of all institutions who are involved in different parts of water management at all government levels. This “mutual participation” is not easily achieved due to different institutional environment of different organization thus giving rise to “institutional barriers” (Mitchell 2005).

In this research, institutional barriers that impede the integration of TWCM principles particularly during strategy making has been researched. Urban water strategies are important long term planning documents that are not just focused on assuring safe provision of water and sewage services but also ensuring environmental protection and development of liveable areas. Thus creation of such strategies requires a lot of data, information etc. from different stakeholders., which is hard to achieve in a fragmented institutional environment. The research also throws light on other barriers like “lack of data/information sharing among organizations” that crop up due to the fragmentation of the urban governance. 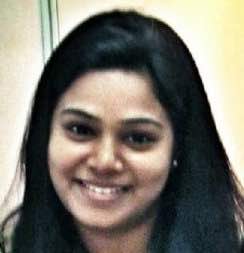 Pritha is a water management professional currently undertaking Masters in Integrated Water Management at University of Queensland. Due to her interest in water governance and policy, she is undertaking a second masters which is specially designed for water professionals equipping them with social and technical skills required for collaborative management of water resources among diverse stakeholders. Prior to coming to Australia, she did her masters in water resource management from TERI University, India and since then has been working in various aspects of water management like watershed/ catchment management, participatory governance for rural drinking water supply, water energy food nexus, etc in India for almost three years with research organizations like National Institute of Hydrology, consultancies and non-governmental organizations eg Columbia Water Center – India on various aspects of water management.